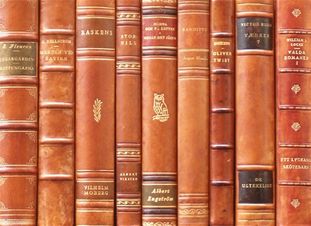 Okay, you’ve been following this saga for over two years now, time to bring it to a close.  Not because it’s over, we have not sold our house; as a matter of a fact, it’s off the market again.  No, because I will henceforth write about it no more.  This is the last chapter, (until the postscript that it’s sold and we’re out the door.)  Its purpose has been fulfilled, no matter how long it takes us to get out of here.

The crazy list of problems we’ve encountered, (with a brand new house,) has been long and storied.  As mentioned in the last installment, there can be no other supposition than all of it was meant to be.  The latest setback has confirmed that; nobody could have this many things go wrong with a house without there being a purpose for it all.  After the re-insulation job was finished and the drywall was patched, we only hit the market for a few days when an old problem, (have asked the builder to address it since we moved in,) came back with a vengeance.  Snow melted, rain pounded, and the river ran.  A tributary of water and mud made it’s way across our basement.  There had been a sink-hole in the yard on that corner of the house and water was getting in, the builder told us to put extenders on the downspouts, we did; Band-Aid on a gash.  Volume finally had its way.

After multiple emails with the builder, it was painfully clear, he was refusing to take any responsibility for the invasion.  Oh, that sink-hole, instead of digging it out and re-grading that area when it first happened, he just poured concrete into it.  Now the electric box right above has pulled away from the exterior wall; hmmmm, wonder where the path of that concrete went?

We hired someone to repair the foundation, he thinks there’s a problem with the seam on that corner of the house, excavation is involved.  Those beds I had to put in twice?  Third time’s a charm, as they say.  It all has to come out; that entire side of the house has to be re-graded and a trench built to drain everything to the backyard.  This latest debacle will cost us many thousands of shekels.  Natch.

One can only conclude, this Bandit Builder, the man who steals hopefulness from his victims, is a life lesson.  There has to be those people in the book of life, right?  The ones who make us see the plot more clearly, show us what’s truly important; decency.  Liken him to a nefarious character from an M. Somerset Maugham novel, delusional in thoughts of his redeeming qualities, but really nothing more than a character of withered character.  The kind of villain who underscores the necessity for honesty; an imperative to always admit mistakes.

The antagonist in our tale has been all these things for me.  And maybe for some of you too.  A literary jackpot of lessons learned.  He stopped by the other day to blame the electric company for the box pulling away from the wall, he’s going to fix it but a lengthy explanation for why he believes it happened had to be recounted first.   Stood, politely at my front door, listening to the exact same explanation I had already received in an email.  Okay, thanks, will just be glad to have the fire hazard repaired.  Phew, thank goodness that was a short encounter.  Oh no, wait, he rings the bell again and asks me to put on shoes and step outside.   After standing there waiting for him to finish a phone call, he has only beckoned to spew BS.  Had nothing more to say about the sagging electric box, he wanted to explain why the water was getting in the basement and what I could do to stop it, (had already emailed him that we hired a company to repair it.)  Wow, that’s some colossal gall.

That’s when I knew we’d reached the last chapter.  Lessons learned.  The LaSooze who first moved into this house would have reacted a bit differently, (that’s an understatement.)  Instead, I let him know what was going to be done and reminded him he was not taking responsibility for it so his comments were not necessary, then I took my leave.  A much different narrative was flashing through my head, but I refrained.  As I should have.  Me yelling at him would have done no good, I’m grateful to him for teaching me that lessen.  Forgive us our trespasses as we forgive those who trespass against us.  I do forgive him.  Mostly, I just feel sorry for him.  When the karma tab he’s accumulating comes due, it’s gonna be ugly.  Guess he’s not much of a literary guy, if he was, he’d know that’s what happens to the bad guys.

He certainly is a novel character, I’ll give him that.  Like all good literature, wisdom can be found in the words; and the worst among us.

What an endless odyssey. That guy is a good example of complete absence of character.

Perfect way to put it, an "endless odyssey"! Yes, he has been a powerful example of how never to treat another person.

I'm so sorry! This has truly been a nightmare and I wish there was something I could do. However, I will keep you and Big Kev in my prayers for a swift resolution! Stay strong girl!

The power of prayer is extraordinary, you couldn't give us a better gift <3

What an ordeal!! May your karma account be huge with good times awaiting you!!

Thanks, Jeffee, you're the best!

And everybody say "Amen!"

Ugh so sorry this has all happened. Sending a hug. I believe you are relocating, where?

We're moving to Greensboro, NC (if we can ever get out of this place!) XO