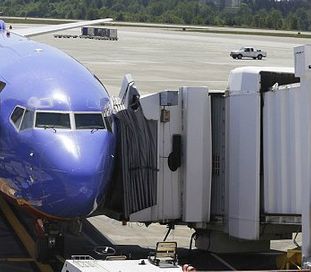 Back from my west coast excursion, was delightful.  Never laugh more than when I’m there; our CA clan has some genuinely funny people.  Especially Auntie K, (AK in the family vernacular.)  She could make a Trappist Monk cackle.  Certainly has that effect on me.  Being with them all is food for the soul.

Had a tasty appetizer too, got to stay with Shay & Luke, his Mom (a saint,) his sister and a friend, in an cool Airbnb, (great place,) for his graduation.  A grown-up slumber party (always love those.)  (Okay, I think we’ve established, on a roll with parentheticals this time around.)  Congrats to Luke, he’s officially an MBA.  As of today, he has his MPA as well.  (Need a sharp math mind, I’ll hook you up.)

Small talk aside, let’s get down to it; flying is a trip (double entendre premeditated.)   Could you find a better classroom when it comes to studying personalities?  Can’t imagine.  Travelling, especially flying, brings out the best and the worst in people.  Encountered some real doozies during my transcontinental travels.

Throw a sizeable number of people into the Petri dish that’s Southwest’s boarding design and bacteria grows at a rapid pace.  Jockeying for your particular number in the A, B, and C groupings is like squeezing an elephant into a sandwich bag.  One rather large pachyderm and his sizable wife parked at the front of the B 16 – 20 slot and claimed the territory.  As number 20, (pulling up the rear,) I was privy to the ultimate shut-out.  A small woman in front of me had 19 and she latched on to the couple for dear life.  Between the four of us, we held the entirety of the available real estate.  Blissfully unaware, enters 15 and his wife, 16; the rightful owners of the prime property.  They were a really nice couple and they just floundered out to the side after being completely ignored by the indomitable trio.  Figured, surely, when our group was called, they would politely pause long enough for our outliers to enter the fold in their rightful positions.   Not a chance, the limited overhead compartments were obviously calling their names, because they didn’t pause a second before they headed for the flyway.  I marvel.  Self-absorption is seemingly contagious.  They slipped in line in front of me and there was ample overhead for us all.  Hallelujah!

But the final leg of my trip produced the taker of all cakes, a real peach of a woman; the bane of all within earshot.  The plane from Phoenix had an inordinate number of children aboard and the majority of them were babies.  Scattered throughout the aircraft, there was intermittent crying during the flight, but it wasn’t bad at all, (had an infant in the row directly behind me, she cried but it didn’t last long.  No one was annoyed, just sympathetic.)  As soon as the plane landed, our cake-eater stood up and turned around in her aisle seat, leaning her knee on the seat (two rows in front of mine,) and proceeded to hold court.  She zeroed in on two women, who were directly next to me across the aisle, and went to town.  Her comments were some of the most ridiculous I’ve ever heard.  Along with a bitter recounting that every parent thought their child was the cutest in the world, it was common sense to her that families with small children shouldn’t fly.  They all must have attended funerals, because why else would they drag babies on the plane and annoy everyone around them.  It was the only reason that would be acceptable.  Children shouldn’t be allowed to fly.  And she was dead serious.  Have to admit, that not being able to stand an injustice thing I’ve mentioned, it was working over-time, (you know how I feel about babies.)  But I kept my mouth shut and just observed.  As hard as I tried not to, I passed judgment; in my mind I deemed her a silly and preposterous person.  Couldn’t help it.  Not very good at this non-judgmental thing, although, God help me, I want to be.   My classroom of human nature, confirmed a valuable lesson though, one I always take away from such people; how I never want to behave.

Who wants to end with that nonsense?  Not me.  Saved the best for last.  On the flight there, a direct from BWI to LAX, (long one,) I met a girl named Sam.  She offered advice on how to get the “Cloud” message off my iPad, which was in Airplane Mode, the Cloud should have taken a cue and split, but it was stubborn and stuck around.  (Btw, I hate the Cloud.)  Between she and the guy on my other side, we all tried and failed.  No movie for me.  Recognizing my dilemma, Sam took her earbuds out and struck up a conversation.  We talked for a good hour.  She was an incredibly engaging high school senior who had been on the other side of the country for a college visit.  Alone.  Inquired why she didn’t go with a parent and she shared that her Dad had died and her Mom needed to be home with her little brother; the one-year anniversary had only been a few days before.  She told me the story, cancer was the culprit.  Her attitude was commendable.  She didn’t want him to suffer anymore, it was his time to go; and even though it was a profound loss, he was still there.  It wasn’t platitudes, she felt his presence helping her family find their way.  Saw the truth of it in her words, and I loved her for it.  Flying brings out the best in some people, or maybe that’s just innately who they are.  Sam, a bright and upbeat Hispanic young woman, who’s going into pre-med, (have no doubt she’s going to be a stellar doc,) renewed my faith in the best of us.  When we were done talking, she handed me one of her earbuds and, together, we watched several episodes of a favorite TV show she had on her computer.

Her kindness made the time fly.  (There I go again.)

I highly dislike the cloud too!

I think that one of your very best qualities is your ability to always find the good, the funny, and the touching. You are a gift!