I Get Knocked Down 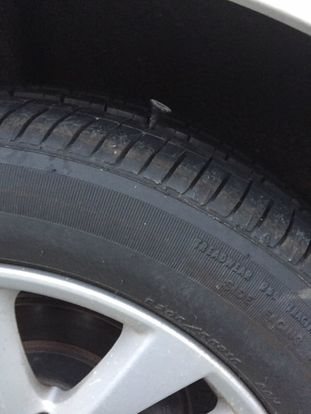 Beyond this little black desk at the Shroom house, I have a satellite office that serves me well, my little white Civic, or, as BK calls her, La Civ.  Driving the two hours back and forth to my old digs each week hasn’t been as daunting as I thought it would be.  Quite the opposite, I look forward to the hours of solitude.  More blogs have been written in the car than not.  A thought takes hold, (usually prompted by some tune blasting from my stereo,) and my mind contentedly cruises off in that direction; by the time I pull into Mushroomville, my blog is pretty much written.

Just landed back here this morning.  The song of the day?  Chumbawamba’s, Tubthumping; or, otherwise known as, I Get Knocked Down.  Chumbawamba was an alternative British band and the song, released in 1997, was an expression of their anarchist politics.  Most Americans were oblivious to the opinions involved because the message, (as with most art,) was universal.  For my purposes today, it bolsters a rebound.  Let me explain.  If you follow the blog, you know there was the year from hell, that culminated with us being transferred here, to the Mushroom Capitol of the United States; a veritable jackpot of relocation wonderfulness.  (How does facetiousness look on me?  Does it make me look fat?)  But, to be honest, we were actually starting to like it here.  Even though the transition hasn’t exactly been what you’d call smooth, (living in a sea of boxes and the move-in date on our house being postponed twice, now to the end of September,) we were starting to see there was something kind of endearing about this stinky place.

Then, we got a rude awakening.  Literally.  A few weeks ago, at 3:00 in the morning, I was awakened out of a sound sleep by the crashing of glass in our driveway and a car speeding off.  After getting into BK’s car and wreaking a little havoc, our fine young miscreants launched our recycling bin, (which, of course, had two weeks worth of accumulation,) into the middle of the driveway.  We have no beef with anyone, so it seems to be a random act of destruction.  Larcenous defiance that shattered more than just our sizeable collection of glass bottles, it destroyed our peace of mind as well.  They definitely knocked me down.  A one-two punch, I felt beaten.

(Even though the story behind it landed in the editing recycle bin, the picture above still deserves its due.  LaCiv had a flat tire this past week that turned into the need for a new tire.  A crappy end to a long, taxing and drenched day.  Whap, down I went.  Metaphors abound.  Moving on.)

Anyway, as I was tooling down Rt. 1, (the path for my mobile office,) after a difficult couple of days, there it was, I Get Knocked Down, drifted out of the distant past.  It marched into my psyche like a soldier of righteousness, picked me up and straightened my disheveled thoughts; adjusted the direction of my controls and cleared the temporary fog that had collected on my windshield.  No matter what life throws, even when it knocks the wind out, we can get up.

It was a moment of clarity.

All this weirdness that permeates the world, all the difficulties we endure, must be in our lives for a reason.  Overcoming the struggles is somehow making us better, stronger.  I can feel it.  I may not be able to explain it, but I can feel it.  All I know is, where our driveway hoodlums are concerned, in the past, I would have obsessed about the injustice of it all, and wallowed in my hurt; but now I find myself just hoping for healing.  Not so much for us, but for the young people who were compelled to do such a thing.  There’s something desperately lacking for people who have no compassion; I would venture a guess, for most of them, they’ve never been shown much.  For now, what those kids need, more than anything, is forgiveness.

I may have gotten screwed, by my tire luck and the recycling bandits; but I’m standing.  Four, fully inflated wheels that are moving along nicely.  I’m going to try to stay on my feet.  And when the next challenge comes along, hopefully, I'll be steady; but if I fall, I know from experience, I don't have to stay down.  Any fighter who goes into the ring knows, if he stays down, it means defeat.  Even if I never asked for the bout in the first place, I don't want to be beaten.  Who does?  All the losses, the disappointments, and the hurts that weigh us down, the staggering blows that foster a momentary depression, they're just that, a moment in time, one that will pass.  We are stronger than we think.

Chumbawamba knows, “I get knocked down, but I get up again, you’re never going to keep me down.”

My go to song is a bit older and perhaps stranger: Ram On By McCartney(yeah go figure!) used to hear it in my head as I ran XCountry in high school. Ram On to you!

:) Nothing keeps you down, My Sweet.

Amazing! Just what I needed to read today.

Great entry, Sooze. "How to remedy lousy parenting?" is the question. Reminds me of two recent examples, one on True Detective and one on Louie where the heroes go to the house of the child.

Thanks, Beth, your kindness made my day.