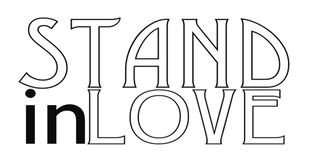 The goal for, #theread, is to write stories about every day life.  Trying to fashion myself as an, Erma Bombeck, for the twenty-first century.  I sometimes promote my blog on Twitter as Ermablogbeck.  Some of you may not recognize the name, she was a syndicated newspaper columnist who wrote about suburban home life between the 60s and 90s.  I didn’t read the newspaper with any regularity when I was young, but I always checked out her column.  She was funny and a bit edgy and she regularly managed to tug at my heartstrings.  She has definitely been an inspiration.  Both she and BK, who writes the blog, Nation of One, got me rolling.

But today, Easter Sunday, is a special day for a lot of people, including me, and it calls for something a little weightier.  And although I might get some backlash over sharing my opinion, I’m going to dare a foray into the philosophical.  As most religious beliefs do, it might provoke some responses.  So, comment away, I encourage it, just ask that it be civil.   (I cringe a little at the word religious, it has some seriously negative implications these days, on a lot of fronts, I’ll edit that to spiritual beliefs.)

I need to preface my comments with the admission that I’ve been seriously questioning whether I’m still a Catholic of late.  I’m a life-long fish-eater who has read scripture at mass for over twenty years.  But I have long disagreed with some big-ticket items in the church, and I wonder if I don’t belong there anymore.   One of the biggest issues is not allowing everyone to receive communion, (honestly, can you picture Jesus turning anyone away from breaking bread together ~ ah, sorry, not you, you don’t have a membership card,) it just doesn’t seem right.  If transubstantiation happens, then it is so.  Wouldn’t you want to share that with everyone?  Another major concern for me was reinforced at the first Catholic church I attended when we landed here in Shroomville; the priest told us it was a sin to tolerate homosexuals.  I wanted to walk out, but out of respect for God’s house, I stuck it out until the end.  One and done.  That’s a case of ideology obstructing all reason.  The world is made up of a lot of different kinds of people, doesn’t everyone inherently have a right to be respected?  We think we can strip that right away because we have a different belief?  Who died and made any of us God, that we can exact judgment on another person.  I might have missed the fishing boat, but isn’t the teaching, judge not and you will not be judged?  Jesus got even more pointed about it, “Condemn not, lest ye be condemned.”  He made it pretty clear, we’re supposed to leave the judging up to Him, we were assigned the loving part.

But Catholic leadership doesn’t have the market cornered on ridiculous rules and misguided teachings, most religions have some skin in that game.  All you have to do is watch the news to see the atrocities that are being carried out in name of religion in the Middle East to have an appalling example.  Unfortunately, we have some pretty preposterous examples of spreading hatred in the name of religion on the home front too.  I recently saw a televangelist, (who peppers his global electronic pulpit with news stories of a deeply conservative position,) he made the comment that liberals were just, “Totalitarian Dictators.”  Wow.  This particular brand of so-called evangelism is one of the reasons our country is in such a hot mess.  Religious leaders who think their interpretation is the only one that can possibly be right.  And, to complicate matters, they disregard the separation of church and state and strap their beliefs to politics.  Cultivating cavernous divides between people.  By my understanding, Totalitarian regimes apply to such notorious leaders as Stalin, Mussolini and Hitler, men who brazenly murdered.   I’m a person who studies scripture with some regularity and from what I’ve gathered, Jesus would have a name for this TV preacher too, and it’s not evangelist, he would call him a blind-guide.  People who resort to such petty name-calling put shame on being a Christian.  We have more than enough division in the world, promoting that kind of discord is reprehensible.

Considering the sad state of our world, we’re at a point where we desperately need to foster unity, not division.  And what if the old boy network has it wrong and the club isn’t quite as exclusive as they make it out to be.

This is where you’ll have to allow my philosophical side to stretch.  (There are a whole lot of Christians who could get themselves in an uproar over what I’m about to say, but bear with me, if it’s blasphemy and I’m dead wrong, I will have to make a reckoning, but if there is some truth in it, it makes the world a different place.)  Is it possible that the Gospel of John in the Bible was telling us that it’s not only Christians that will enter the kingdom of heaven but all people who truly love?  If, in the beginning was the Word and God was with the Word and all things were made through the Word, isn’t the Word, Love?  If no man can come to the Father but through the Son, and if Jesus was the physical manifestation of Love on earth, then isn’t the kingdom of heaven for all people who love?

I have friends from a wide range of religions and some who don’t prescribe to any particular creed, they are people who love their families and work hard to be decent and considerate.  They think beyond themselves and reach out to the least of our brothers.  Isn’t that the Word?  Doesn’t Love recognize Love?  It makes sense, in the Old Testament God called Himself, I Am.  When He sent the extension of Himself down to be with us, as described at the beginning of John, he finished the sentence, I Am Love.

Certainly the dynamic of God among us is more complicated and detailed than just that simple thought.  But is it really?  Jesus said He came not to put an end to the laws, but to fulfill them.  He taught that all the laws were wrapped into two things, love the Lord your God with all your heart, your soul, your strength, and your mind; and love your neighbor as yourself.  That seems like some pretty clear marching orders to me.  Fulfillment would be applying love to all things.

On this Easter Sunday, I couldn't be more grateful for Love.  For the teaching, the forgiveness, and the brutal sacrifice of Love.  Maybe the best way to honor what He taught is to stand in love, not judgment.  Let's ~ Stand in Love.

Sooze, thanks so much for your inspirational message and very well expressed insight into the Catholic Church and religion. I've read it twice now and each time it has given me hope and lifted me up

I couldn't agree with you more. I left the Catholic Church many years ago for their hypocrisy and prejudiced viewpoints. They preach "Love one another..." but certainly don't practice it.

MZ from The Hood

Especially appreciated this subject matter as I too share the same doubts and questions lately. I have faith in unconditional love and a God that doesnt pick and choose.

Sooz, if you decide the Catholic church is no longer representing who you are, we Secular Humanists would love to love you, without judgment.

Celebrating the resurrection of one of the great Mystics whose main message was that love transcends all. Happy Easter to you sooze

Love all the way, Sooze! Btw, I highly recommend reading the Alphabet vs The Goddess and Zealot. Sorry if I already recommended those to you :)

Beautifully said and my thoughts and feelings exactly. Happy Easter Sooze to you, Kevin and your family!Jennifer

All means all for me too. Happy Easter!

Perfectly said. I describe myself as a "small c" catholic (vs RC). For me, it's the Liturgy. I love it. Enter Pope Francis. He gets it, Sue. LOVE. Always LOVE.

There are many paths up the mountain. It doesn't matter how you get to the top. It matters how many you help along the way. All we are asked to do is love.