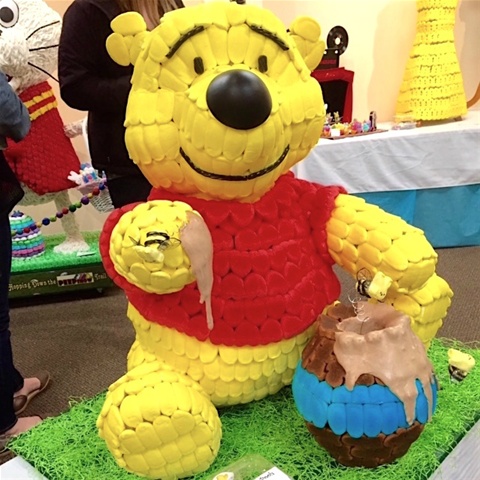 How many times have I restarted this post?  Lost count.  It’s silly, but this first one from the house, (yup, finally in,) feels like it ought to be about that monumental leap.  (Especially considering I left the story with us stranded in our subterranean digs.) But every time I’ve started writing about the long and rocky road that ended in finally living under our own roof, the story stalls out.  So I’m shelving it.  The completion of the project (we’re in, but haven’t quite gotten to the finish line,) could go such drastically different ways, who knows how it will end.  Will circle back when it does.  One thing I will say before moving on to the chosen topic for my return from the wilderness, we got a dog.  A Chocolate Lab pup, who sits squarely in the middle of our hearts; Milton.   (Inside tip, training a lab pup in a yard that’s a construction site can be dangerous to his health and your rugs.  Loves to consume dirt, among other things...yum.)

Okay, the move will return at a later date, on to bigger and much better things.  Since the house story wouldn’t come, I had to ask myself, what are you feeling passionate about?  The answer was easy, it’s big, beautiful and sugary.

Have the distinct privilege of being the president of the Board of Directors for a world-class mecca of magic, The Carroll Arts Center.  I might be a little bias, but I believe it qualifies as the eighth wonder of the world; the place is impressive.  Especially when it’s filled to the brim with sugary marshmallows, during the annual PEEPshow.  Truly, it’s like nothing you’ve ever seen before.  Sculptures, films, photography, paintings and dioramas, all crafted from the little marshmallow treat, Peeps.  We use the event as a fundraiser, it’s free to the public but visitors can buy chips and vote for their favorites.  There were 159 creations in the building this year.  From the seven-foot Muppets Swedish Chef, (the Grand Prize winner,) to a flawless reproduction of a Faberge Egg, magic abounded in all sizes.  Over 24,000 people toured the exhibit in a 12 day span.  Visitors make the trip from far and wide.  It’s worth the effort.

(An image of the winner, Swpeepish Chef, can be found here) http://www.carrollcountyartscouncil.org/announcement_detailed.asp?id=55

The closing awards presentation was this past week; needed to share some much deserved thank yous with the audience, (especially to the artists, without their wild creativity, there is no show,) then introduced the Director of the center, Sandy Oxx.  She took it from there, recognizing our sponsors, handing out special awards, and the announcement of the much-anticipated winners.  There are certain times in life when you’re particularly moved by the tremendous value of something; I was given the rare opportunity to acknowledge that gem publically.  Not talking about the PEEPshow itself, but the person who made it happen.

In my comments, I shared the history of our annual fundraiser; Sandy entered the Washington Post’s, (believe it was their inaugural event,) Peeps Diorama Contest in 2007.  She walked away from the experience with something far more valuable than a prize, she had a vision.  The next year she launched the PEEPshow at the Carroll Arts Center, no limits were imposed; she offered a blank canvas of creativity and the community answered the challenge, (and then some.)  It’s exploded in popularity over the years, garnering mainstream national media and morning talk show coverage, (even ESPN has gotten in on the act,) with the story spreading to international shores as well; showing up on a French newscast.   Mrs. Oxx introduced what has become a premier art exhibit, showcasing a magical art form that grows more enchanting every year.   (Check out the pic above, Winnie the Peep, one of my favorites from this year.)  She has brought unfettered joy to our community and beyond, and I couldn’t be more in awe.

The event has revealed some mind-blowing artists as well; one family in particular, The Mondors.  Lead by the creative genius of their dad, Rob, the Mondor Family has produced standout entries, year after year; with larger than life characters, handcrafted to perfection.  The leadership at, Just Born, (one of our sponsors and the manufacturers of not just Peeps but a wide array of popular confections,) has claimed several of the Mondor masterpieces for their headquarters.   Enchanting recreations of Big Bird and Goofy welcome visitors to their building.   In addition to Rob Mondor and Crew raising the bar to celestial heights, he also offered a free workshop, showing people how to tackle the magical monuments.  Our grand prize winner this year learned from the best.   (You can see a picture of another grand prize winner, the Mondor’s, “Just Born Goofy”, in this link.)    http://www.carrollcountyartscouncil.org/documents/PeepsBrochure_web.pdf

The reason I share this sweet story?  The joy.  So much of it radiating from one location. The Arts Center was packed, thousands of people a day.  Worked the front door for several shifts and people who waited in a three-block long line to get in, (in some brutal cold wind,) then got stopped again in the entrance area, (because the building was bulging,) were giddy at the thought of making it in the doors.  This went on for hours, every day.  All smiles.  And laughter.  It filled the building.  The most diverse cross-section of people gathered in one place and the atmosphere was one that left no room for nastiness or anger.  Our guests embraced the joy of the event.  (It’s impossible not to.)  In a world preoccupied with dissention and division, we need all the joy we can get.  Thanks to Sandy Oxx’s fantastic phenomenon, you can always find it, in full supply, at the Carroll Arts Center’s annual, PEEPshow.   Bravo, Mrs. Oxx, bravo.

Only you, Sooze, could create such a magical happening with your writing and make it seem as if we all were right there.
You go, Sandy Oxx. . .and You go, too, Sooze Thornton!!

Excellent, well deserved accolades to an amazing person and the incredible event she created! And a puppy, how exciting!

Well-deserved tribute to Sandy Oxx! So grateful for all she brings to our community. Thanks for the blog!