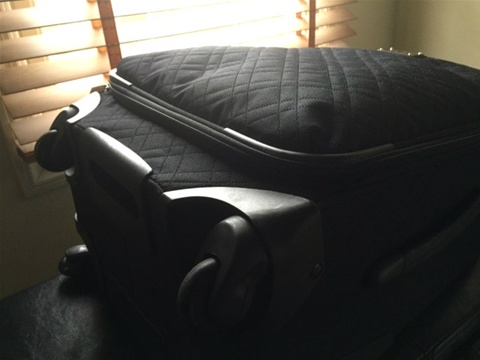 Since I spill my guts on a regular basis, I might as well come completely clean; I’m a serial worrier.  Seriously, I sheepishly admit, it falls in the category of an addiction.  I guess we all have our vices; mine, worry.  Sometimes it’s warranted; sometimes, not so much.  But no matter how I justify it, it’s a bad habit.  Worry is debilitating, especially when it dominates your thoughts.  No doubt the Fab Five would have something to say about that; they’ve put up with an inordinate amount of my shvitzing over the years.  I’d like to think I’ve gotten better as I’ve gotten older, but lately, I’ve been worried a lot.  My satchel is full.

The list is always headed by the kids.  Do we ever stop worrying about our kids?  Maybe it’s just that my addiction has progressed, but it seems like I worry about them more as adults than I did when they were children.  I guess that makes sense.  When they were young, we could shelter them from the storms, now, they weather the world on their own.  Their troubles also carry a lot more weight these days.   They each have some serious issues on them right now, and, true to form, I’ve loaded it all into my bag.  Plop, the straps are stretched.

Then there’s always health concerns.  Is this just a woman thing or do men obsess about aches and pains too?  Thank goodness, BK is pretty chill about most things; he knows how to bring me back to center.  But he’s had some health concerns too.  He’s a smoker.  Nuff said.   I’m dealing with some stuff, tests and things that are looming.  Oy.  I’m not a good patient.  Avoid doctors like the plague, (can that fall in the category of an oxymoron?)  But to be fair, you can’t watch several members of your immediate family die of cancer without cultivating a healthy paranoia, (now I’m addicted to oxymorons.)   Once you’ve lived through that process, you’re never quite the same. It’s just part and parcel of the aftermath of such losses.  Health issues, plunk.  It’s getting heavy.

Then there’s always finances.  Who doesn’t kvetch about this one.  I’ve been out of work for going on two months now and it feels like a decade.  New house, satellite office in Brooklyn, yeah, that one goes in the bag too.   The strap’s cutting into my shoulder.

Since I tackle worry like it’s my job, the sack wouldn’t be complete without throwing the troubles of the world in there as well.  That adds enough weight that I have to stop and rest; it’s just too much.  Worrying about humanity is a tough one.  The world is a hot mess.  Talk about consuming.  I feel like I might not be alone in this uneasiness.  How can you live in a world where man’s inhumanity to man is splashed on the headlines every day and not be a little concerned for our future.   At the very least, it’s disheartening; at most, it’s down right scary.

And rounding out the list, friends and family.  The human condition is sometimes unbearably harsh.  Within the people who are close to me there have been varying degree of losses: car accidents, a near-drowning, stroke, cancer, suicide; there’s no need to continue, the list goes on too long.  Yes, there seems to be more than enough pain and worry to go around.  Whether hard-ship or heart-ship, people hurt.  And, in some cases the catalyst for that pain is life defining; handicaps, grief, mental illness, addiction.  I recently heard the comment, “It’s the rare person whose life is easy, everyone has difficulty.”  It’s true.  The world is a heavy place.  I need to switch the bag to a suitcase, with rollers, there’s just too much to put in there.

With all this worry, you’d think I’d be covered with warts.   But there’s a line I read years ago, I wrote it down, (in that little journal I told you about,) on March 13, 1986; it’s been my saving grace, helps me unpack my bag and keeps me wart free.  It’s a favorite and I pull it out when things get dicey.  The version I documented says, “Don’t worry about anything; instead, pray about everything; tell God your needs and don’t forget to thank Him for His answers.  If you do this, you will experience a peace which is far more wonderful than the human mind can understand.”  It was a powerful piece of advice.  Gotten me out of some serious jams.  Especially where the kids are concerned; it’s a bold statement, but it’s true, I dare say the advice has saved their lives.  My prayers have had some punch.  I couldn’t be more grateful.

So where is all this leading?  Back to the beginning.  In the very first blog I posted, when I started this saga, I told you of a conversation I had with a cab driver in New York City.  That chat was the catalyst for starting a column.  It made me realize I had things I wanted to share with you.  (If you’re new to the blog and haven’t read it, I invite you to go back.  It’s called, The Cab Ride.)  The gist of the story was a discussion we got into about the pitiable state of our world.  He was an Islamic man who was kind and insightful.  He too was worried about the direction we’re all headed.

Along with being a worry warrior, I’m also a person who, in a fight or flight situation, will stand and duke it out.  I like to problem solve.  To fix things.  I’m sure that has deep roots in my dysfunctional background, but it’s served me well.  So instead of just worrying about the world, I want to do something about it.  I want us all to do something about it.  There’s been enough of them lately, let's join the trend; let's insight another riot, of prayer.  Throw some good out there.  Can’t hurt.  What if we all concentrated on a certain prayer; the one I shared with the cabbie.  Our current state is in shambles, but the future is still up for grabs.  I propose a global prayer protecting the infants.  A plea that the children who are being born now, no matter what their ethnicity, background or influence, that they will be love.  That they will be love regardless of the environment they grow up in.  Ask that they be protected from the vulnerability that would make them cruel and inhuman.  That even if they grow with difficulties, they will be safe from any power that would make them take the life of another human being.  That they will overcome the worries of this life with love.

I’ve seen the power.  I’ve lived it.  Prayer can not only moves mountains, but hearts.  If enough of us ask, I believe we can throw a shield over the newest members of our global community and the rest of us can heal as they grow.   What other option do we have?   So, pause and ask.  What can it hurt?  Let the babies be love.  Let’s stop worrying and do something.   We got this, it's in the bag.

Indeed, the power of prayer will sustain us & inspire us. Keep it coming, Sooz!

Walking my side of the street girlfriend!

Love walking that path with you!